125
No Items to show
OnAir
filetime
status
Up Next: Weekend Breakfast with Sara-Jayne King
See full line-up
Weekend Early
03:00 - 06:00
Home
Features
News
Shows
Podcasts
Local
Politics
Business
Lifestyle
Sport
Entertainment
World
Africa
Opinion
Latest Local
Covid-19 can be easily tweaked to adjust to new strains, explains NICD prof .John Maytham speaks to Professor Lynn Morris, principal medical scientist and head of HIV Virology at the NICD. 22 January 2021 6:12 PM
Southern Africa braces for impact as tropical storm Eloise intensifies Live in Limpopo, Mpumalanga or KZN? Brace yourself! Tropical storm Eloise, expected to make landfall near Beira, is intensifying. 22 January 2021 3:05 PM
10% drop in festive season road deaths, but no reduction in real terms, says AA Travel restrictions in lockdown level 3 likely contributed to the fewer road deaths over the festive season says Layton Beard. 22 January 2021 1:25 PM
View all Local
Why Northern Mozambique locals may support attacks in Cabo Delgado Northern Mozambique always felt marginalised by the central government, explains Afro-Middle East Centre's Naeem Jennah. 22 January 2021 1:39 PM
He never forgot his humanity - politicians and journalists mourn Jackson Mthembu Political leaders and members of the media have paid tribute to the late Minister in the Presidency Jackson Mthembu. 22 January 2021 9:21 AM
Minister Jackson Mthembu passes away from Covid-19 Minister in the Presidency Jackson Mthembu died on Thursday from complications related to Covid-19, announced President Ramaphosa. 21 January 2021 3:02 PM
View all Politics
10 countries that lead the world in vaccinating their people against Covid-19 Only Israel and the UAE are further along than the tiny African nation of Seychelles, ranked 178th by the size of its economy. 22 January 2021 2:07 PM
Virgin Active responds to customer complaint about gym ventilation 'We do allow the clubs to open windows and doors' but the ventilation systems remain key, explains Virgin Active's Derek du Preez. 22 January 2021 10:50 AM
Santam's three-month settlement offer 'flying in the face of policy and courts' Attorney Anel Bestbier has slammed insurer Santam’s decision to limit business interruption settlement offers to just three months... 22 January 2021 8:01 AM
View all Business
John Maytham's Book Reviews: 22 January 2021 John's 3 book picks for the week. 22 January 2021 5:58 PM
Ginger shortage impacting ginger beer quality and price - SA producer Yamama Gemmer prides itself on using the best-quality imported ginger. Now it's forced to source the spice from wherever it can. 21 January 2021 7:13 PM
Ginger and garlic prices are skyrocketing – and unlikely to ever be cheap again "The market wasn't ready for what came our way; the rediscovery of their health benefits," says agri-economist Dr Kobus Laubscher. 21 January 2021 3:28 PM
View all Lifestyle
Rachel Kolisi has Covid-19. It is taking a toll on the kids, says Siya "Let’s do everything we can to protect those around us," pleaded the Springbok captain on social media. 28 December 2020 10:14 AM
Jurie Roux ordered to pay back R37m ‘misappropriated’ from Stellenbosch Uni SA Rugby Union (Saru) CEO Jurie Roux has been instructed to repay R37 million which he apparently misappropriated from the coffers... 26 December 2020 10:29 AM
'What a moment of joy!' Siya pays surprise visit to fire-ravaged Masiphumelele 'There were cheers and ululating!' Kolisi was shocked by the carnage says Pastor John Thomas, but lifted the mood of the people. 20 December 2020 5:32 PM
View all Sport
Sorry not sorry? Somizi slammed for posting jouno's cell number on Instagram Sanef is calling for action to be taken against Somizi, calling his actions 'a direct attack on media freedom in the country'. 20 January 2021 1:37 PM
[PHOTOS] You can go to the beach! But only in the Northern Cape A semi-desert meeting ice-cold west coast waters has its own unique African beauty. 20 January 2021 10:50 AM
Miss SA slammed for bikini pics, but supporters say criticism is form of GBV Supporters of Shudufhadzo Musida leapt to her defence on Tuesday morning when critics slammed her for posting 'bikini pics'. 19 January 2021 10:57 AM
View all Entertainment
'Billionaire perks' - SA reacts after Johann Rupert jumps queue for Covid-19 jab There have been mixed reactions from South Africans online following reports that billionaire Johann Rupert jumped the vaccination... 22 January 2021 2:04 PM
Biden ends abortion funding rule to 'protect women's health, advance equality' The US President is ending the prohibition of the funding of NGO’s that provide abortions abroad, says Dr Tlaleng Mofokeng. 22 January 2021 12:44 PM
Exactly a year ago, Wuhan in China locked down – and the world changed, forever On 23 January, the world looked on in disbelief, and much horror – still oblivious to what lies ahead – as Wuhan locked down. 22 January 2021 10:46 AM
View all World
Seychelles President hopes to vaccinate 70% of nation's population by mid-March Seychelles President Wavel Ramkalawan says 10% of the island nation's population has already received the first shot of the Covid-... 19 January 2021 6:54 PM
Chinese businesses and Namibian elites get rich illegally logging rosewood trees Protected ancient rosewood trees are being chopped down in Nambia despite a moratorium on harvesting these prized hardwoods and a... 13 January 2021 5:15 PM
Zimbabwe crisis: 'South Africa can intervene but solution lies with Zimbabweans' It is probably expecting too much from the ANC government to censure Zanu-PF, a sister liberation movement, says Tapiwa Chagonda. 12 January 2021 12:04 PM
View all Africa
Sarb interest rate decision will hurt economy and property market - Samuel Seeff There was ample reason for a cut says the Seeff group. 'We've missed an opportunity' laments its chairperson, Samuel Seeff. 21 January 2021 7:52 PM
Hire unemployed South African doctors of all races, not Cubans – Herman Mashaba "People are dying," says Mashaba. "They don’t care who gives them service, whether you’re black or white. Employ our people!" 21 January 2021 12:04 PM
Consumers should not have to fight for right to access recorded calls Why do consumers have to jump through so many hoops? Consumer ninja Wendy Knowler makes her case on The Money Show. 20 January 2021 8:48 PM
View all Opinion

The Midday Report with Lester Kiewit

An Hour With a Special Guest on Just the Hits

Just the Hits... with Soul

Just the Hits with Abongile Nzelenzele

Meet Pippa Hudson for lunch every weekday between 1 pm and 3 pm to catch up on what’s been happening in the Mother City.

Join the conversation On the Yellow Couch just after 1 pm, when Pippa profiles interesting, brave, unusual and inspiring individuals. These intimate but relaxed discussions kick off her 2-hour program, which unpacks topics from local and international news to lifestyle and covering conversations ranging from health news and information to family, gardening, food and travel.

She also plays host to consumer journalist Wendy Knowler every Wednesday from 2 pm for ConsumerTalk, which provides useful insights and tips on how to make the most of your buying power.

After completing her Honours degree in English at the University of Witwatersrand, Philippa (Pippa) Hudson trained in radio news at Johannesburg’s ABC Ulwazi broadcasting school. Her on-air career started in 1998 as a news reporter at Classic FM, and a year later she moved to Cape Town to join a commercial radio station where she was later promoted first to News Editor and then to Station Manager in 2003.

Hudson opted for a short break from radio to raise her two young children, and during this period, developed a successful freelance business as a journalist and corporate writer. She was lured back into radio in 2008 by the opportunity to work at CapeTalk/702 as part of the Eyewitness News team.

“I have always considered these stations to be the premier radio news suppliers in South Africa, and the opportunity to get back on the air and be part of this dynamic team was one I relished,” she says. “It is a privilege and an exciting new challenge for me to fulfil the role of lunchtime host.”

You can email Pippa at pippah@capetalk.co.za 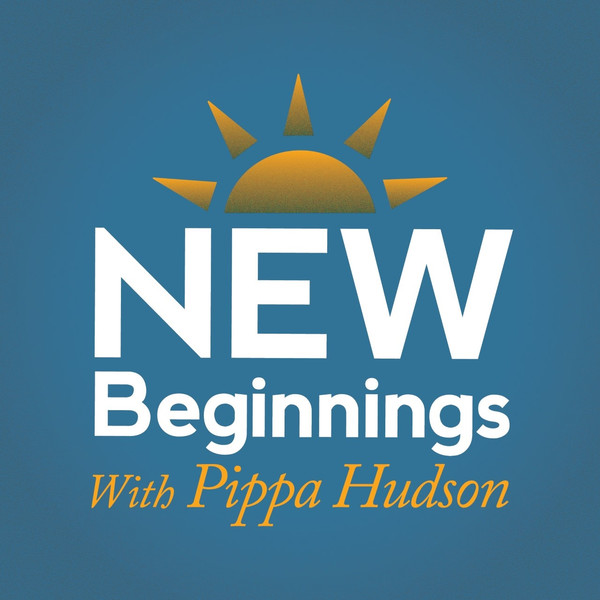 CapeTalk's Pippa Hudson chats to inspiring individuals who have recently embarked on a new experience, changed their life for the better, or adopted a radical new approach to some new aspect of their life.

Catch up on what's been happening on the City's lifestyle scene with Pippa Hudson. 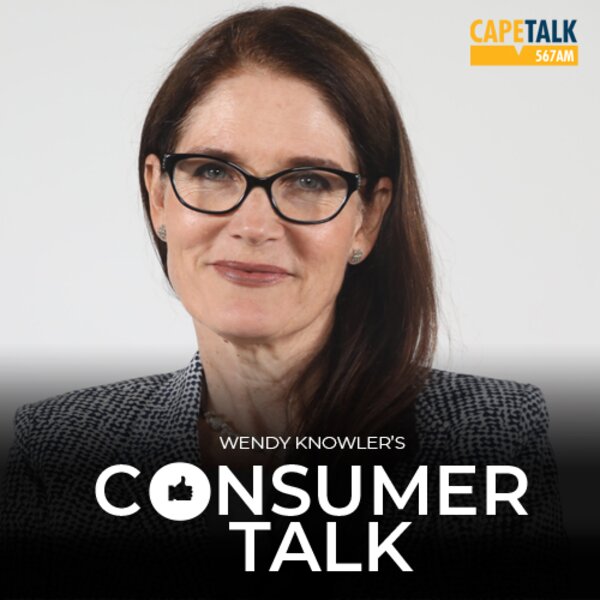 Consumer journalist, Wendy Knowler joins Pippa Hudson to provide useful insights and tips on how to make the most of your buying power. 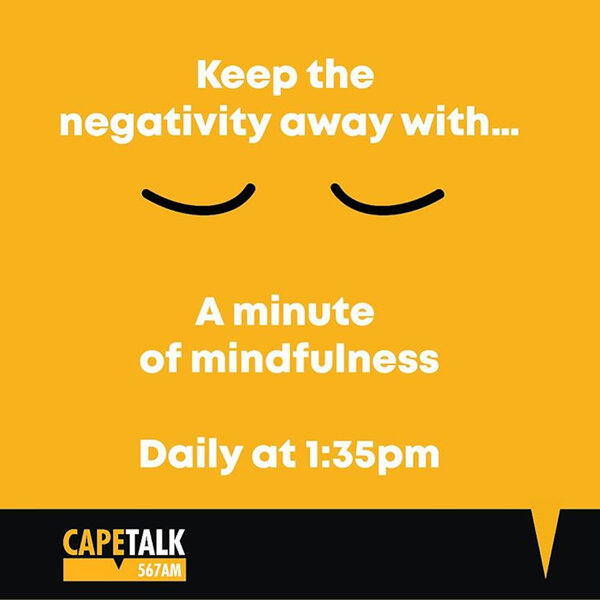 A minute of mindfulness

WhatsApp alternative Telegram is a hotbed of 'horrific pornography'

Parkscape chair Nicky Schmidt and a member of the Friends of Table Mountain group outlines what transpired.

12.5m views, and counting... A remix by David Scott of The Kiffness is going viral (apologies to SARS-CoV-2) around the world.

The Hyundai Atos drives better than anything below R200 000 and it has airbags and ABS says motoring journalist Ciro de Siena.

The announcement was made on Wednesday afternoon on the Plett Rage Facebook page by founder Ronen Klugman.

Free online water safety guide could save a life this summer

Freediver and surfer John McCarthy has compiled a free online water safety guide to promote safety around water this summer.